So many great questions to answer!!

Favourite Thing: Discovering more about how the brain works, and getting to travel around the world to learn even more at conferences!

The University of Adelaide

I’m doing my PhD! I also teach undergrads in Psychology courses at Uni.

I run experiments to work out how the brain uses vision to plan accurate hand movements.

I am really interested in how we make hand movements! Sounds really simple I know, but it is actually really complicated!

You might ask, what do hand movements have the do with the brain? When we make any type of movement, special signals are sent from the brain to the rest of our body, telling it what to do.

But how do we know where to move to? This is where our vision comes into play. Our brain uses information from our eyes to tell us about the world around us and where we should move. Believe it or not the brain plans your movement, even before you start moving and you won’t even be aware of it. This happens in less than a second, but within this time there are lots of really important things that happen in your brain to make sure your movements are accurate (and you don’t spill your lemonade on your computer!). Vision plays a big role in helping us to make movements, and to tell us how to move around in the world.

Essentially, I study the link between planning a hand movement, and how vision helps us to make that hand movement.

I use an eye-tracker, and touch screen computers to measure hand movements and eye movements.

This is what my eyes look like to the eye-tracker: 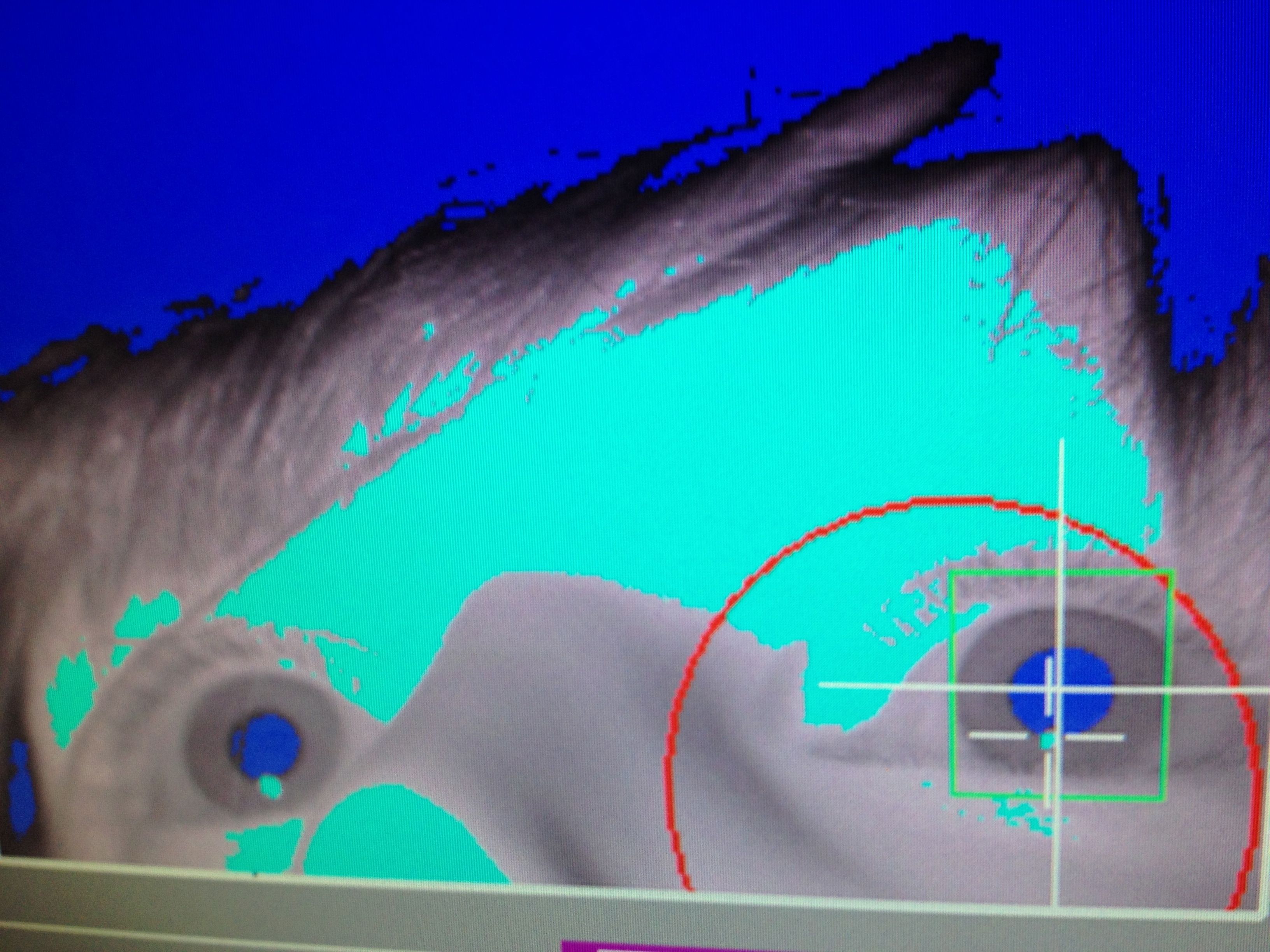 This is what it looks like to be a participant in my experiments: 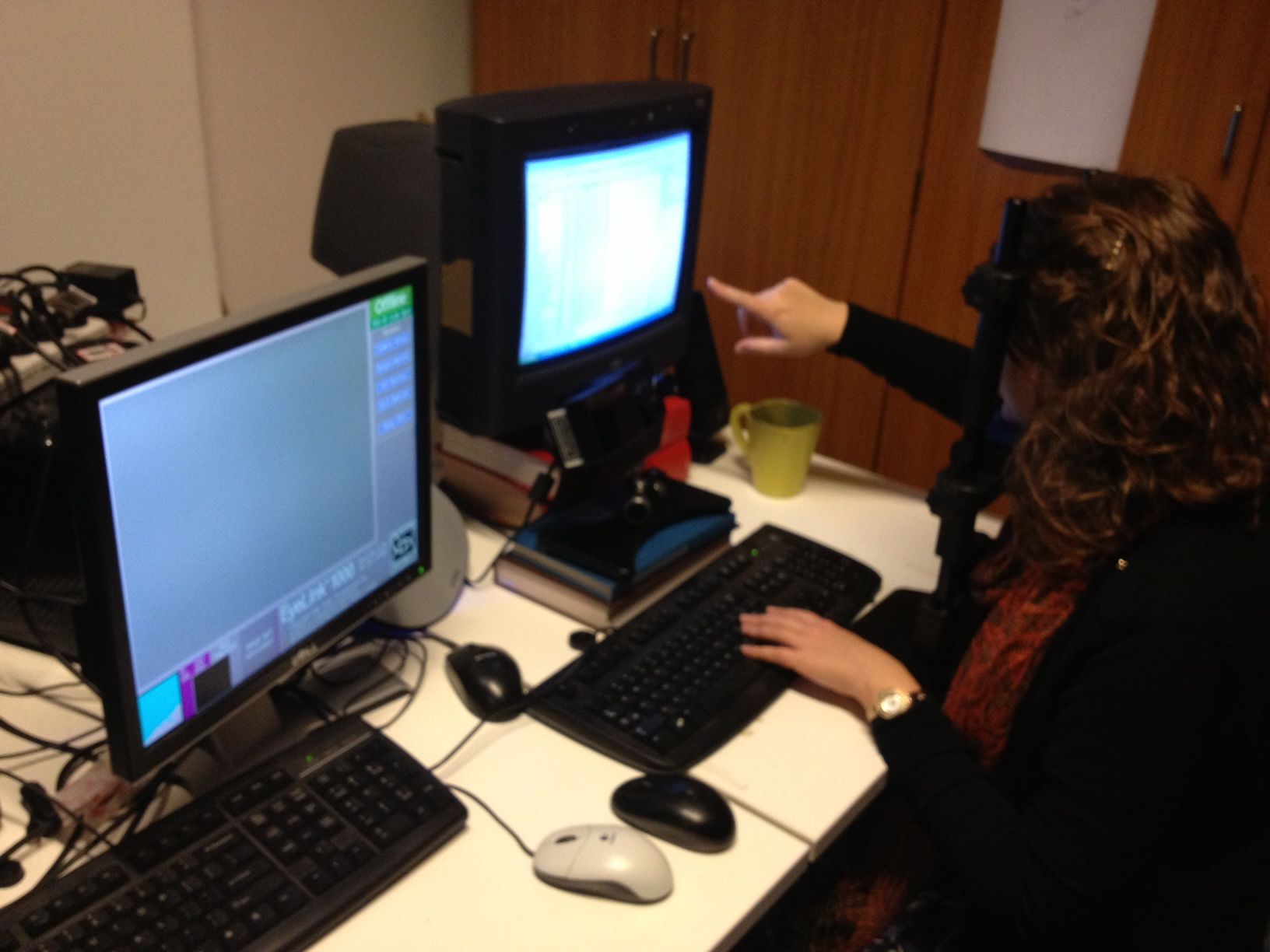 I go into my underground lair (yes my lab is 3 floors underground…), drink a lot of coffee, measure eye-movements and think about science (and sometimes have a nap…).

Usually my days are quite busy!

I work on my PhD for most of the day (I have to say that in case my PhD supervisor reads this…), which involves computer programming to create experiments, running experiments, analysing the results, reading papers and writing. I do my work on a touch-screen computer in a dark, underground room, where we have an eye-tracker set up which records people’s eye movements. We joke with our research participants by saying “welcome to the dungeon!”

I do a number of things other than my PhD though, such as organising events for other students, and sometimes these can be quite time-consuming!

I am also finishing my law degree (I’ll be finished in a few months…after 9 years!), so I go to lectures and do assignments throughout the week.

My days usually go from about 10am to 6 or 7pm (later when it’s a data-collecting day…), but it’s not all work! I often have lunch with my friends, or go to the gym, or go for a walk if it’s a nice day. While work is important, it’s hard to work all day without having a break, or having some fun to break up the studying!

Though, you can have fun in the lab too with some of our cool equipment!! 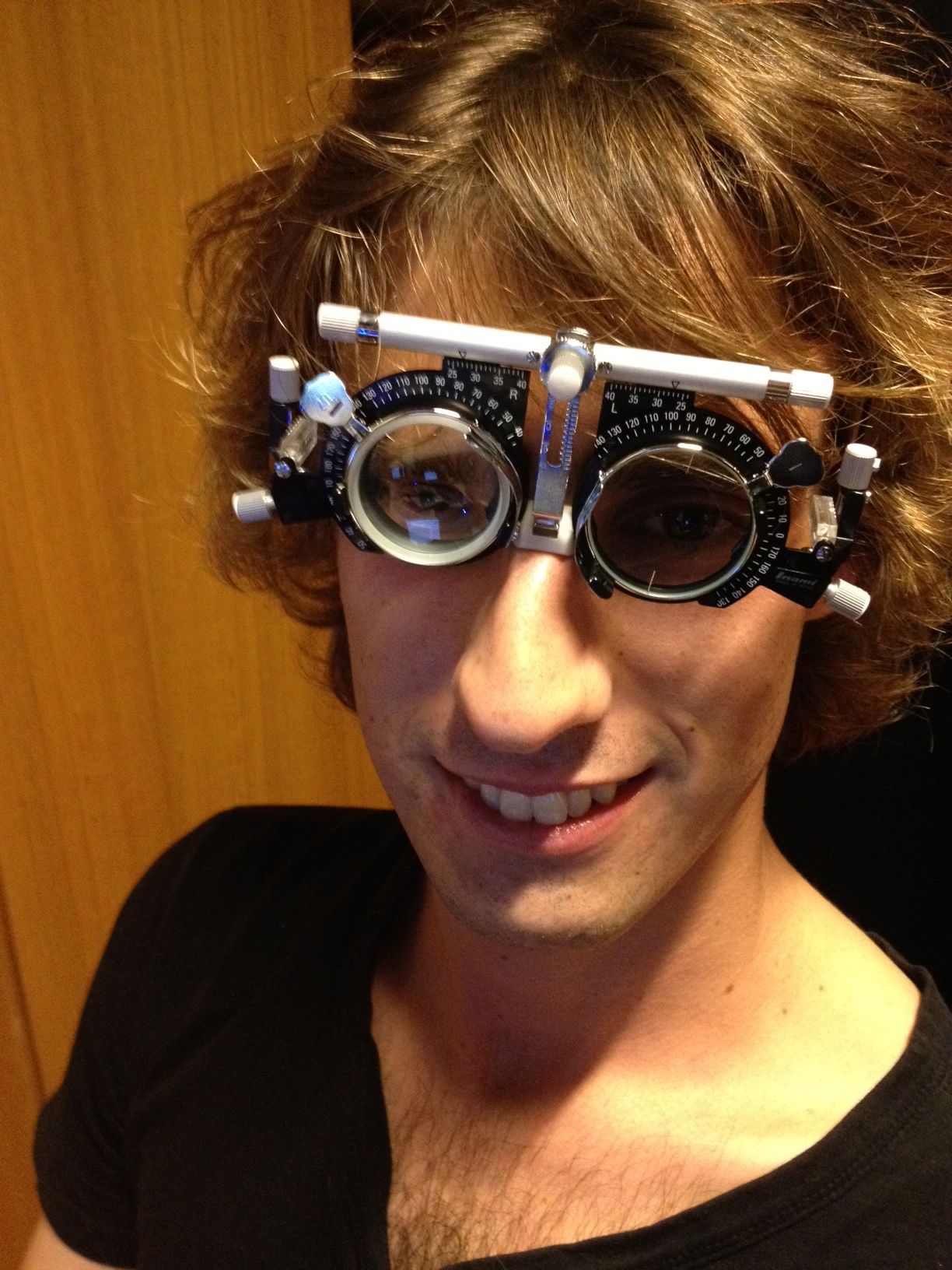 Ever wanted to send something into space? Me too!

Well, near-space is close enough right? If I won, I would get my friends at Project Horus (www.projecthorus.org) to send a camera into space using high-altitude weather balloons. We can even send a model brain up to make a video of it taking a flight into space – I’ll bet nobody else will have a video of a flying brain in space! 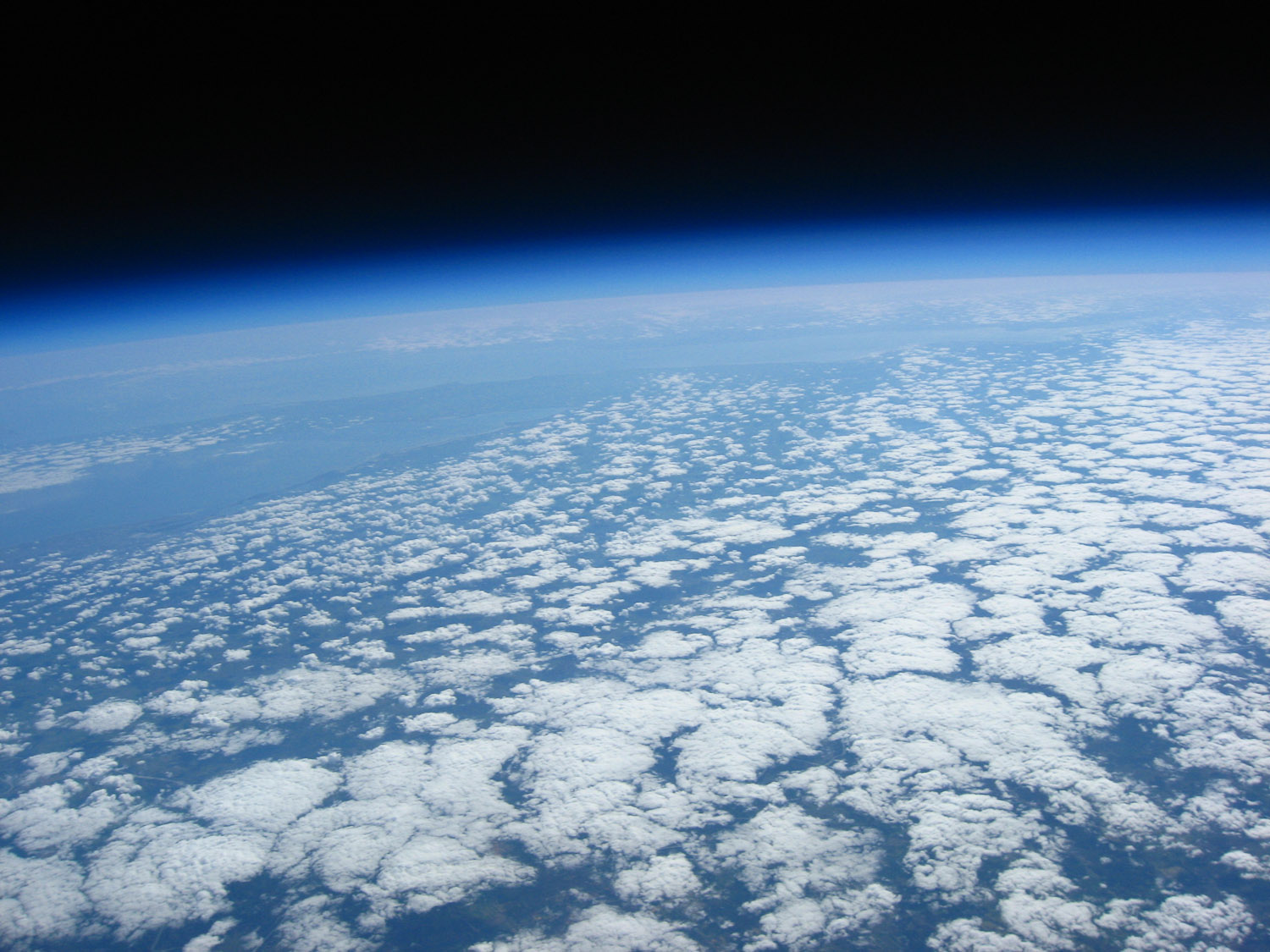 This would be a really cool project because we can record amazing images of the Earth from 40km above the ground, and make it into a video to promote “I’m a Scientist” and to get more kids interested in the fun things you can do with science.

It would also be an interactive project, because the schools would be able to track the balloon online as it’s going up into space, and we can visit schools in the area afterwards and explain how it all works!

Here’s a segment that the TV show Scope did about these guys, to give you a bit more of an idea of what we would be doing:

Learning to scuba dive in Thailand earlier this year!

Write a novel more popular than Harry Potter, become a scary old professor at a university, and learn to fly an aeroplane!

Either an astrophysicist or a lawyer – I ended up studying law, but after a couple of years I changed my mind!

Yes – I got into trouble for driving to get fast food with my orchestra friends at lunch time (I play the bassoon)! More nerdy than naughty I’d say!

My favourite thing I’ve done since starting my PhD was going to a Neuroscience Summer Camp in the USA a couple of years ago – I got to learn about visual neuroscience from the most amazing scientists in my field, as well as getting to swim, hang out, and eat lobster with really awesome PhD students from around the world!

So a bloke goes in to see his optometrist. He says to the doctor, “thank you for seeing me with such short notice, doctor” To which the optometrist replies, “optometry is such a competitive field, many doctors feel pressured to turn to STAREoids.” The patient gives an obviously forced laugh, to which the doctor follows “don’t worry, my jokes don’t get any cornea than that!”