Oh well, will miss the chats!

Favourite Thing: Doing experiments and coming up with new ideas.

University of Groningen (Netherlands) 2000-2008, Bachelor’s and Master’s of (Neuro) biology.

Mostly at Uni as a TA, but I’ve had some helpdesk jobs and I once took care of 190 cats at a kennel.

Working as a TA and a PhD student of course

I’m a loud neuroscientist who loves anything brain related, and cake.

Ask  me about: Behavior, the Immune System, Chronobiology (jetlag etc) and Cell Culture. Or cake! 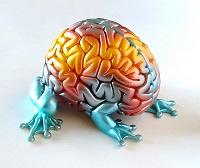 My current project is on how brain cells react to hormones. I’m hoping to figure out why for instance women get depressed more often than men.

I’ve done projects on all kinds of things (asthma, jetlag, visual searching behavior, cardiovascular stuff), but my favorite has always been depression and stress research. There is just something about the way your mood can change the way you see the world that fascinates me.

Research is a special kind of job that you really have to love if you want to do it (because it really doesn’t pay that well for one) but I can’t imagine myself doing anything else. The feeling I get when I’m analyzing my data or reading articles, like my brain has just switched on and is working on overdrive, the moments where I get a glimpse of the big picture… there is nothing like it.

Switch on computer first thing, check facebook (very important to science) and then the lab!

My Brazilian colleague left this note on my flow cabinet the other day. 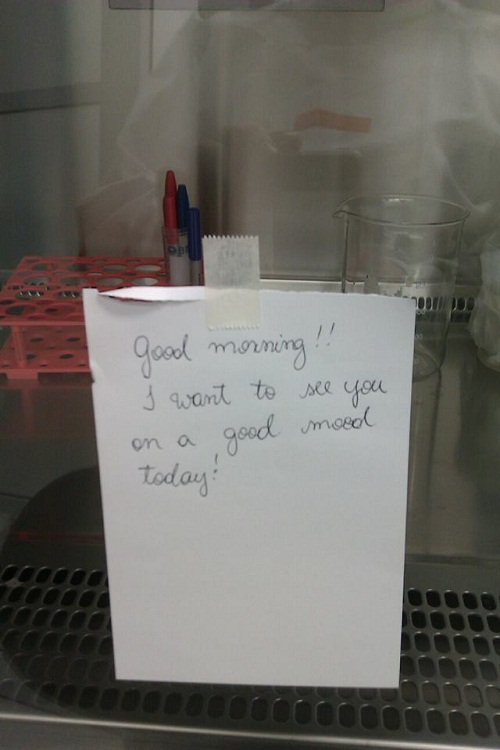 I am not great at mornings, but occasionally I have to get up early for experiments. And really, doing something physical is the only thing I’m capable of at that time of day (whichi is why I have to make a to do list the day before!).

Checking on my brain cells (the ones I’m growing in a flask) is always a good start. After a while they start feeling like your babies, you take care of them and feed them and watch them grow.

Our lab group eats lunch together as often as possible, and we mostly talk about non-sciency things (sometimes in a sciency way, nerds!).

After lunch it’s usually more lab work, doing experiments and hoping nothing explodes. Later in the afternoon I try to read some of the newest articles, while trying not to facebook too much. It’s like homework without a real due date, you tend to put it off as long as you can. And sometimes there are seminars and meetings, which you attend because of.. free food!

I try to do some reading and writing after dinner as well (and sometimes I have to head back to the lab for the last steps of experiments).  But occasionally I play some PC games or do wild cooking (sauce everywhere). 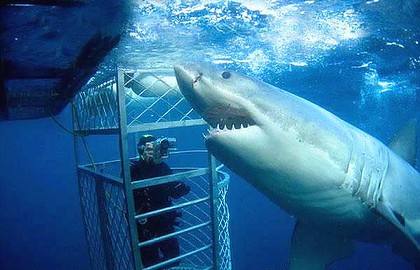 I’ve been diving since I was 13 and I love being under water . I really should have been born a fish  (then again, it can get pretty dangerous down there so maybe not). I’ve dived in Aruba and Indonesia, but I’ve never seen such amazing wildlife as in Australia.

I went on a trip to the South West Rocks a while ago where I did a combined shark-cave dive and it was so freaking amazing!

Now I’ve heard that there is a place in South Australia that does diving with great whites.  I couldn’t afford it on a PhD student stipend, but if I win, I am so doing that! I’ll take pictures and post them here for you to see 🙂

loud, fun and a little weird

Matchbox Twenty, (and the jazz band I get to sing with every Monday!)

ooh.. a teleporter, to never have writers block again and the money to do all the the awesome stuff I can imagine.

Mostly a professor (planned on growing a beard)

Yes, quite a bit. I got thrown out of the classroom a lot. Mostly for talking back to teachers.

An awesome project on bullying in adolescent rats

A Ringwraith walks into a bar, says the barman:”What’s a Nazgul like you doing in a place like this?”